Anglican support for the Taizé pilgrimage to Istanbul 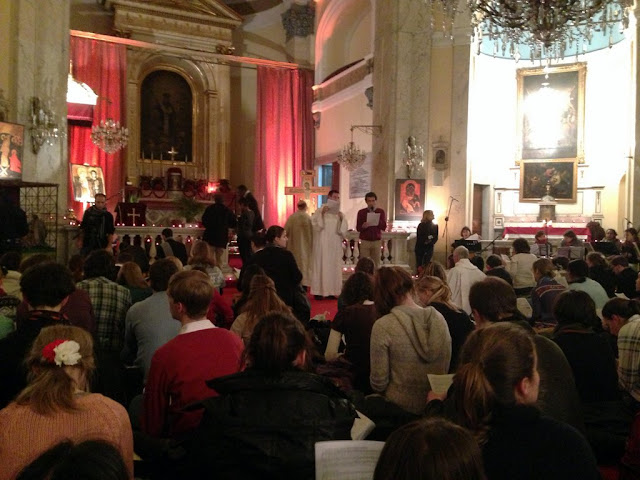 At the invitation of the Ecumenical Patriarch members of the Community of Taizé, led by Frère Alois, gathered in Istanbul from 3 to 6 January. The Churches in the city hosted the young people who came from 25 countries around the world. Members of the (Turkish speaking) Anglican parish of the Resurrection  hosted several visitors and had a key role to play at the major ecumenical prayer service in the city, on 4 January. Fr Engin Yildirim, the priest-in-charge of the Church of the Resurrection read one of the lessons. Mrs Mine Yildirim was the official translator for Frère Alois who addressed the packed Armenian Catholic Cathedral of St John Chrysostom.

In his message to the young people, Frère Alois emphasised the importance of the ecumenical spirit of Taizé which was experienced during this pilgrimage, with Christians from a wide range of backgrounds praying together around the cross. In this way, he said, our differences are less important than our communion in Christ, and such unity was a sign of hope. He also underlined that the Church needs the witness of Christians in Istanbul, where the faith is lived in a minority situation and in dialogue with the majority Muslim neighbours.
Posted by David Hamid at 18:08
Email ThisBlogThis!Share to TwitterShare to FacebookShare to Pinterest