St Margaret's Budapest extends to include another venue in the city 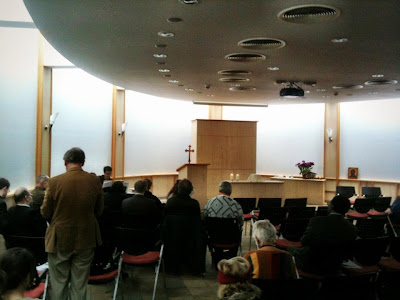 The work of the Diocese is extending in Budapest.

The priest-in-charge of St Margaret’s parish in the Hungarian capital, the Revd Dr Frank Hegedus, has informed me that a new service on the first Sunday of the month has started in the area of the Buda hills called Svábhegy.The service is at 10.30 and is held in the Protestáns Szakkollégium at Eötvös út35, in the Twelfth District of the city. A Sunday school programme is also offered at this time. The first service was held there on 6 January. Thus coming Sunday, 3February, will be the second such service. The venue is actually a modern chapel in auniversity residence hall run jointly by the Lutheran and Reformed Churches in Hungary. It is pictured above.

On the remaining Sundays of the month, Saint Margaret’s main worship location is used at Almássy utca 6 in the Seventh District of Budapest.

Fr Hegedus writes in his parish magazine that Svábhegy in the Buda Hills is arguably one of the loveliest spots in Budapest. “A mere twelve minutes by bus from SzéllKálmán tér in the heart of bustling Buda, it is a place of magnificent vistas, peace and quiet, and fresh air. It is easy to understand why many diplomats andother professionals from lands near and far choose to live there and in nearbyneighbourhoods. Our new service brings worship and sacrament in the Anglican tradition to this important part of our city without major expense or inconvenience to ourselves.”

A facebook page for St Margaret's (named after St Margaret of Scotland, who was a Saxon princess, raised in Hungary) is here. 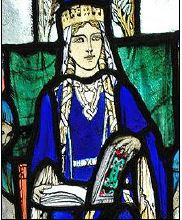 Posted with Blogsy
Posted by David Hamid at 20:11
Email ThisBlogThis!Share to TwitterShare to FacebookShare to Pinterest