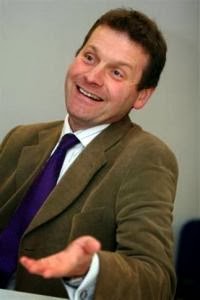 Since the publication of the House of Bishop's Pastoral Letter and Appendix on same-sex marriage on Saturday 15 February, there have been responses and reactions from across the world. In this scattered diocese conversations among us about matters that touch on the life of the Church are not easily held. Although it is not the main purpose of the Eurobishop Blog, it did occur to me that this is one medium that might permit some exchange and reflection on this issue. So this is a bit of an experiment, really!

The Revd Canon Dr Jack McDonald is one priest and theologian in our diocese who wished to share his reflections on the bishops' statement, so I asked him to write a "guest article" for Eurobishop, which is posted below.

Just for the sake of clarity, the view expressed is that of Dr McDonald, not the official position of Eurobishop or its editor on this matter.

Dr McDonald has studied in Cambridge, London, and Strasbourg. He is the Priest-in-charge of Saints Mary and Martha in Leuven and Canon Theologian in of the Pro-Cathedral of the Holy Trinity in Brussels.

I am grateful to Bishop David for his kindness, among many kindnesses, in allowing me to use his blog as a forum for a debate within our diocese about the consequences for us of the House of Bishops Pastoral Guidance on Same Sex Marriage of 15 February 2014 (www.churchofengland.org/media-centre/news/2014/02/house-of-bishops-pastoral-guidance-on-same-sex-marriage.aspx).
Comment on Pastoral Guidance has so far been mainly invective, but there are some lucid assessments which have the benefit of not having their knickers in a twist: on the liberal side here: http://www.lgbtac.org.uk/statements/SuE0215k-Open%20letter%20re%20pastoral%20guidance%20on%20marriage.pdf and on the conservative side here: http://www.anglican-mainstream.net/2014/02/18/the-last-six-days-the-story-so-far-and-the-implications/.

Posted by David Hamid at 07:11
Email ThisBlogThis!Share to TwitterShare to FacebookShare to Pinterest