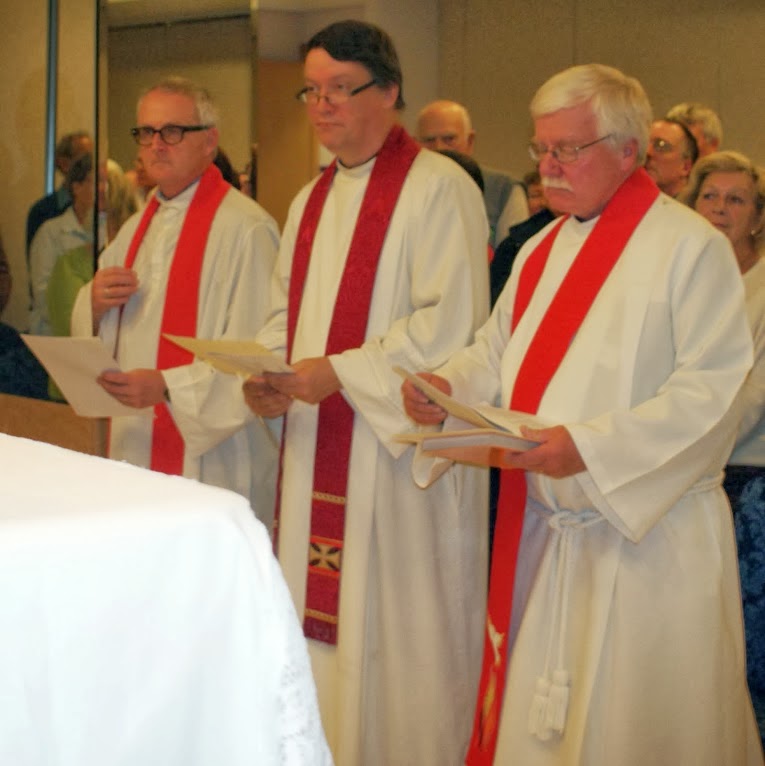 The Archdeaconry of Gibraltar is one of the largest of the seven archdeaconries in this diocese. It covers Spain (including the Balearic and Canary Islands), Portugal (including Madeira), Morocco, Gibraltar and Andorra. There are over 70 congregations served by about 35 licensed priests. The Interim Archdeacon is Canon Geoff Johnston. On Tuesday 4 February, at the opening eucharist of the Archdeaconry Synod held in Torrevieja, Spain, I commissioned three Area Deans to assist the Archdeacon with the pastoral oversight of these congregations.

The three are shown in the photo above: the Revd Mike Smith of Tenerife North, whose area responsibilities will be the Canary Islands and Morocco; thethe Revd David Waller of Mallorca, whose area will be Northern Spain and the Balearic Islands; and the Revd Bob Bates of the Algarve, whose area will be Portugal and Madeira.

It is a dedicated and experienced team, and the work of these three Area Deans will greatly assist the Archdeacon and myself in the care of the congregations in the Archdeaconry. There is much growth and development in the region, in Catalunya, the Canaries and Morocco in particular. In Europe we are taking seriously the need to develop increased levels of support for our clergy and people, who often experience isolation from their brothers and sisters in the diocese. Increasing the numbers of Area Deans is part of the plan. 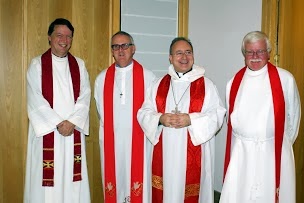 Posted by David Hamid at 08:53
Email ThisBlogThis!Share to TwitterShare to FacebookShare to Pinterest