All Saints, Tenerife: a place of joyful faith

All Saints Tenerife is a parish that has a splendid location under the snow-covered Mt Teide, and with a fascinating history. When founded at the end of the 19th century it was in the Diocese of Sierra Leone. It then was for a time in what was callled the "Diocese of North Africa". Now, it is a vital part of the Church of England's Diocese in Europe. 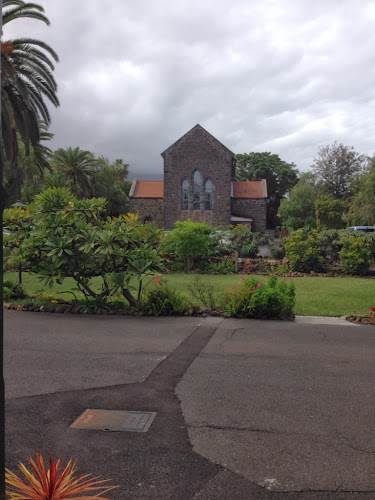 The parishioners are full time residents on the island or part-time "swallows", many of them, if not most. now retired. But it is hardly a sleepy place! The church has a vibrant ministry of hospitality and outreach to many English-speakers on the island, mostly from the UK, but also from the Netherlands, Denmark, Sweden, Germany and even Russia, with a handful of Spanish-born members as well. The parish collaborate closely with the Red Cross on the island, in assisting with a breakfast programme for some dozens of youngsters in local schools, whose families have been hit by the economic downturn in Spain.

The hosplitality of the parish is warm and inclusive. Some come on Sundays for the fellowship around the bar which the Church operates, and even if they do not come to the service, they are aware of this caring Christian community where pastoral issues can be raised, if required, and where priest and parishioners are committed to helpting their neighbours. 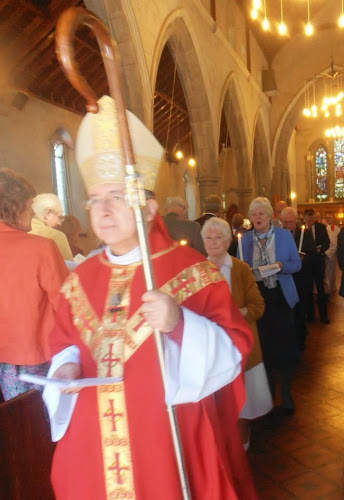 On Sunday 2 members were baptised and confirmed and joined by another 3 for the rite of confirmation itself. It is moving to preside at services where the commitment of the candidates is so evident, and the support of the parishioners so joyful. 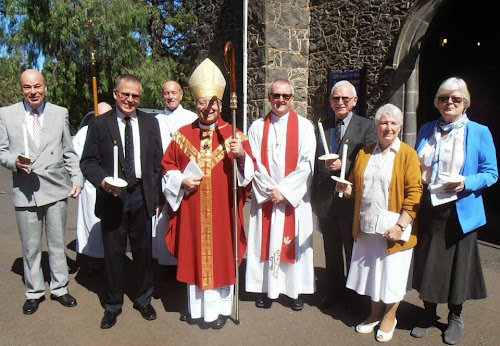 At the parish sit-down lunch for 80 people, following the service, Fr Mike Smith, the Chaplain, gave a present to the confirmands from the parish, a little book by Anglican priest Dave Tomlinson, entitled, "How to be a bad Christian and a better human being". Despite the provocative title, it is a wonderful introduction to living the Christian life with all its challenges and uncertainties, recognising we are fallible human beings, and that the work of being a Christian is not confined to life inside the walls of the Church! Perfect for those who have been given the light of Christ to bear into the world. 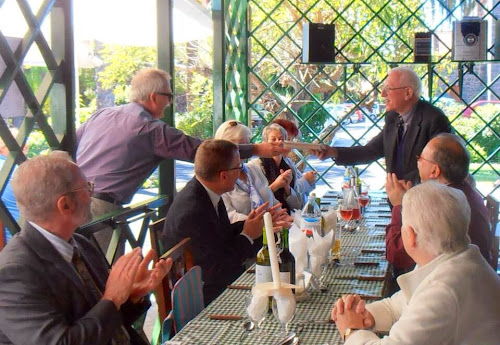 Posted with Blogsy
Posted by David Hamid at 17:00
Email ThisBlogThis!Share to TwitterShare to FacebookShare to Pinterest