Conference for those exploring vocation to the ordained ministry 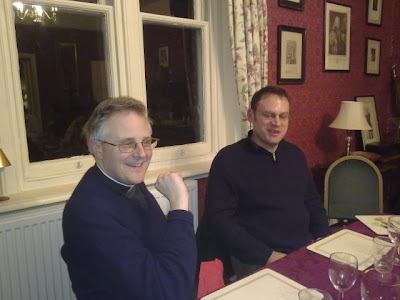 On 11 - 13 February 12 persons from across the diocese gathered for an Enquirers' Conference in London, organised by the Diocesan Director of Ordinands, the Revd William Gulliford (above left).

The weekend was designed to provide an exposure to the reality of ordained ministry in the Church of England and included presentations on aspects of the journey of discernment, selection, training and deployment as priests and deacons. The participants also visited local parish communities in London to observe the life of the congregations and their mission. The participants, 6 men and 6 women, came from 12 different congregations from across the diocese in Germany, Netherlands, Spain, Austria, Finland and France. 7 were from non-English backgrounds with no experience of the Church of England in its homeland.

Deacon Frances Hiller assisted Fr Gulliford in leading the weekend, along with a former ordinand of our diocese, the Revd Tasha Critchlow (originally from St Petersburg, now a curate in London) and two ordinands presently in training, Guillermo Cavieses (from Stockholm) and Ben Kerridge (from Bologna).

This was the second such Enquirers' Conference in the diocese. Both the Director of Ordinands and the participants themselves find this to be a valuable way of assessing whether it is right to enter the more formal steps of discernment and selection. 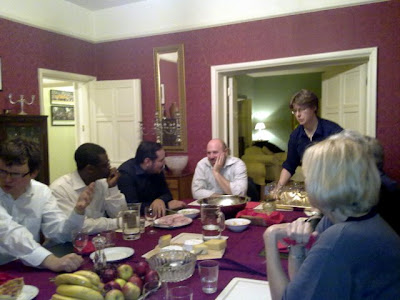 Posted by David Hamid at 00:27
Email ThisBlogThis!Share to TwitterShare to FacebookShare to Pinterest