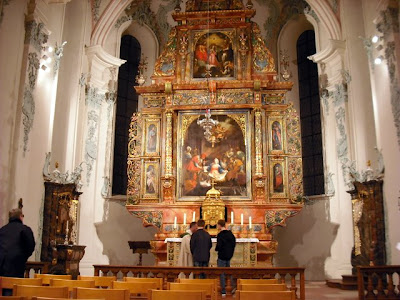 The Anglican-Old Catholic International Co-ordinating Council (AOCICC) is the official organ for nurturing the relationship between the Anglican Communion and the Old Catholics of the Union of Utrecht. Anglicans and Old Catholics have been in communion since 1931 through the Bonn Agreement, and in this Diocese in Europe the relationship of communion is much valued. The Council has just completed a further round of meetings in Beuggen, Germany. The Church pictured above is St Martin's Old Catholic Parish Church across the river in (Swiss) Rheinfelden, where we met for a service of Vespers before being the hosted by the Swiss Old Catholic Diocese and its Bishop Harald Rein for dinner. 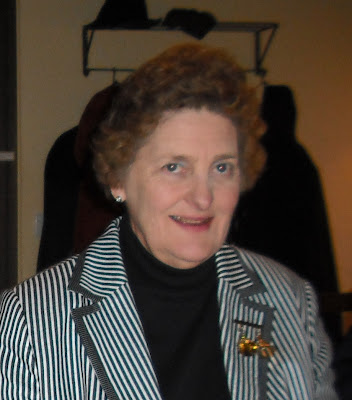 The Diocese in Europe has two members on the Council: Mrs Maryon Jägers (above) from Holy Trinity Utrecht and myself. The Revd Carola von Wrangel, Rector of Christ the King Episcopal Church in Frankfurt serves as a Consultant from the Convocation of Episcopal Churches in Europe. Schloss Beuggen where we met was founded in 1190 by the order of Teutonic Knights (Marienritter), who used to protect pilgrims travelling to the Holy Land. Carola, a descendant of one of these aristocratic families of knights, poses below with a relative. 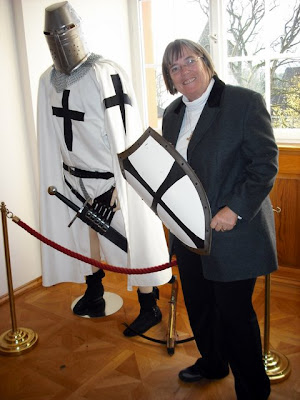 Read the Communiqué by clicking on read more

In its most important piece of work, the Council finalized the text of a common statement on ecclesiology and mission ‘Belonging Together in Europe’. This version of the text will be the major focus of the International Old Catholic and Anglican Theological Conference to be held in Neustadt/W. (Germany) from August 29 to September 2, 2011.

The members received reports of developments in the Anglican Communion and in the Old Catholic churches of the Union of Utrecht, and reviewed present ecumenical dialogues in which our churches are engaged. A paper by Bishop Pierre Whalon of the Convocation of Episcopal Churches in Europe, entitled “Should The Episcopal Church Create a Missionary Diocese in Europe?” sparked discussion by members of the Council of their churches’ mission perspectives.

The Council participated in daily prayer with the community in Schloss Beuggen and celebrated the Eucharist together. Bible study was led each morning by members of the Council. The Council attended Vespers presided at by Fr Peter Grüter at St Martin’s Old Catholic church in Rheinfelden, Switzerland, and enjoyed a dinner hosted by Bishop Harald Rein and the church council of the Old Catholic Church of Switzerland.

The next meeting of the Council will take place November 4-8, 2011 in York, England, and will include the annual celebration of the Feast of St Willibrord with the Society of St Willibrord.