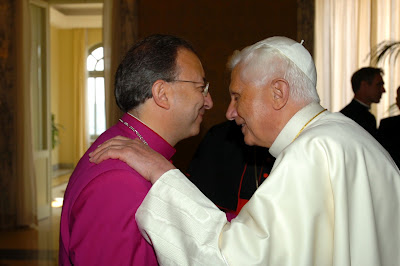 The following announcement was made by the Anglican Communion Office on 25 June. As it involves someone in our diocese, I thought it should be posted here:

"The Archbishop of Canterbury has named the Right Reverend David Hamid, Suffragan Bishop in the Diocese in Europe, as the Anglican Co-Chair of the International Anglican Roman Catholic Commission for Unity and Mission (IARCCUM).

IARCCUM was established by the Anglican Communion and the Roman Catholic Church in 2001. It is a commission of bishops ‘to promote our relationship by seeking to translate our manifest agreement in faith into common life and mission’.

In its first report, Growing Together in Unity and Mission (2007), IARCCUM made an appraisal of the work to date of Anglican Roman Catholic International Commission (ARCIC) and ‘offered practical suggestions on the way in which Anglican and Roman Catholic ecumenical participation can be appropriately fostered and carried forward’.

There has not been an Anglican Co-Chair since the sad death in 2008 of the Right Reverend David Beetge, Bishop of the Highveld in the Anglican Province of Southern Africa. The Roman Catholic co-chair is the Most Reverend Donald Bolen, Bishop of Saskatoon in Canada.

The two Co-Chairs are already making plans to conduct a survey of Anglican-Roman Catholic relations throughout the world and to promote the developing work of ARCIC III".


I am honoured to be asked to take on this role and I look forward to working with my good friend, Bishop Donald Bolen, the Roman Catholic Co-Chairman. I would value the prayers of the people of the Diocese as I take on this additional responsibility on behalf of the wider Church and her ecumenical engagement. 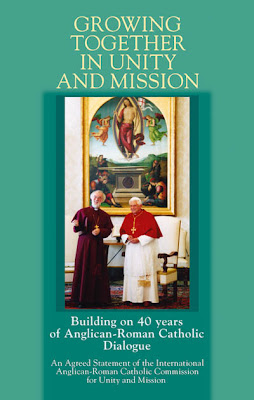 Posted by David Hamid at 07:00
Email ThisBlogThis!Share to TwitterShare to FacebookShare to Pinterest