The Living Stones of the Church in Haiti

I was not sure what to expect when I arrived at what was once the site of Holy Trinity Cathedral, Port-au-Prince. It was once a UNESCO heritage site due to its magnificent collection of Haitian frescos. Close by were St Peter's Secondary School, St Vincent's School for the Handicapped, (the only school of its kind in the country), the Episcopal University and Seminary, St Margaret's Convent, and the home of the country's only symphony orchestra, all run by the Episcopal (Anglican) Church in Haiti. Now it is all in ruins following the devastating earthquake which struck Haiti on 10 January 2010.

But on this site of ruin and death a temporary cathedral was erected for the consecration of Ogé Beauvoir as suffragan bishop of the Diocese of Haiti. A vast congregation of over 1000 gathered from across the diocese, the Caribbean, USA, Canada and Europe. The rubble and ruins gave way to the vibrancy and hope of the living Church, the people of God, gathered around their new bishop. Things that have been cast down will be raised up. 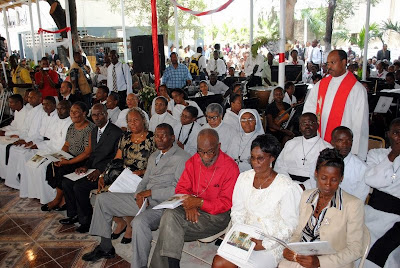 The consecration was on 22 May. It was a service which lasted close to 4 hours, conducted in French, Creole and English, with music provided by choirs and the resurrected symphony orchestra. Bishop Ogé is an old friend and colleague of mine. Ordained in the Diocese of Montreal, I appointed him as a Canadian Church missionary to Haiti in 1991, where he worked as director of theological education and lay training. Monseigneur Beauvoir will be based in the northern city of Cap Haitien, to help develop the Church in that part of the country.

There are over 200 congregations of Episcopalians in Haiti and 250 church operated nursery, primary and secondary schools, as well as numerous clinics, a hospital and nursing school. The Diocese in Europe supported the rebuilding and re-establishment of one primary school in the poorest part of Port-au-Prince following the earthquake. I will report on this in another article. 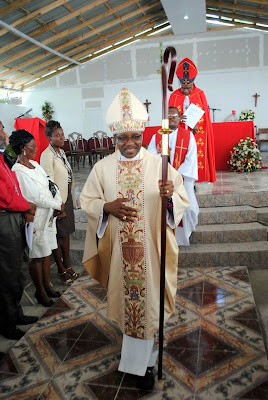 Bishop Ogé Beauvoir has also been active in the establishment and development of an interfaith coalition, Haitian Religions for Peace, which brings together the Roman Catholic Church, the Episcopal (Anglican) Church, the Lutheran Church, the Protestant Federation, the Muslim community, and the Voodoo Confederacy, to speak and act together for the reconstruction of this wounded land. 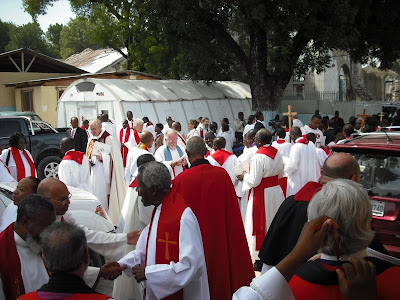 Posted by David Hamid at 03:00
Email ThisBlogThis!Share to TwitterShare to FacebookShare to Pinterest