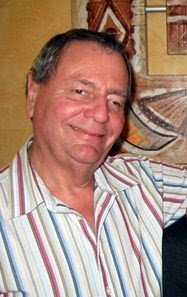 It is with great sadness that I announce that the Revd Keith Gordon, Priest-in-Charge of the Anglican Parish of St Francis in Tenerife South, died on Monday 4 June.  Fr Keith developed complications following surgery he had for a brain tumour earlier in May. He died surrounded by his closest family and friends, members of his parish, and with the pastoral care for his final journey given by the Dean of Gibraltar, the Very Revd John Paddock, the Revd Mike Smith (Tenerife North) and the Revd
Maurice Horsey (locum priest).


His former bishop, the Rt Revd Orlando Guerrero, of Venezuela, wrote on hearing the news of his death:

“on behalf of the diocesan clergy and parishioners of the Venezuelan Anglican Church I hereby express our condolences on the passing of our brother and former member of our clergy... We thank the Lord for his life among us, and for his ministry and vocation to serve in that part of the Catholic Church of Christ, the Mother Church of England. We express our gratitude to all family members, close friends, the clergy who administered the sacraments and comfort at the end....Fr Keith’s memory will be with us until we come to the great Day of Resurrection. Rest in Peace.
+Orlando”

Fr Keith faced his cancer with bravery and always with an optimistic good humour. He fought a good fight. We shall all miss him dearly. May God open to him the gates of paradise and grant him peace.


The funeral will be on Wednesday 5 June in Tenerife, with Dean John Paddock presiding.


O God, who hast made thy servant Keith to flourish among the Ministers of Apostolic Succession in the honourable office of a Priest: grant, we beseech thee, that he may also be joined with thine Apostles in a perpetual fellowship. Through thy Son Jesus Christ our Lord. Amen.

Posted by David Hamid at 10:12
Email ThisBlogThis!Share to TwitterShare to FacebookShare to Pinterest