The Diocese in Europe Partnership Project in Haiti 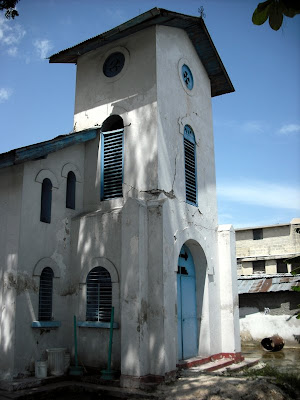 On my recent visit to Haiti for the episcopal consecration of a friend, Bishop Ogé Beauvoir, I was able to spend some time in the parish that this Diocese in Europe supported through the Bishop's Appeal, following the devastating earthquake which struck on 12 January 2010. Over 300,000 died in the earthquake and some 1.3 million people displaced, many of which are still living in temporary camps. Even the presidential palace remains in ruins. 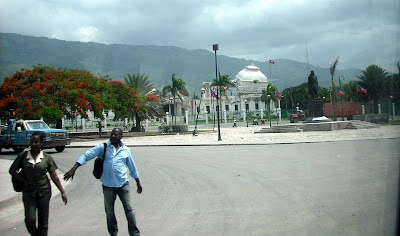 Following the earthquake, I consulted with the Diocese of Haiti about a suitable project to support, and they identified the parish of Notre Dame de l'Annonciation, Our Lady of the Annuciation, in Port-au-Prince. Our funds were directed to the school which this parish runs, in one of the most deprived areas of the Haitian capital. The Annunciation parish was founded by the Roman Catholic Church, but they abandoned the parish in the 1940s as it was too poor an area for them to work in! The Episcopal (Anglican) Church took over the property and the parish.


The parish priest, the Revd Père Jean Fils Chery, warmly welcomed me to the eucharist on Sunday 20 May, and to a later visit to the work of the parish school on Monday 21st. After the Sunday eucharist, the parish presented me with a plaque to thank the diocese for their support following the earthquake. There was a huge feeling of appreciation for what their brothers and sisters in our European diocese had done for them, helping them to know that they were not forgotten by the world-wide Church following their plight. 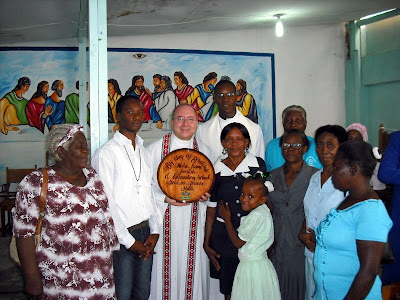 The Church itself was so badly damaged structurally, that it is not likely that it will be repaired, especially given the more urgent needs of the school. The congregation worships in a makeshift partially open-air space, which is also the school's lunch room! Our diocesan funds went to the reconstruction of the school, which serves about 275 students, with 11 teachers. The students all come from the post impoverished of backgrounds. Père Jean Fils insists that the 11 teachers at the school are all fully qualified (unusual in Haitian schools), and that the medium of instruction is French, not Creole, so that these youngsters can have the best possible education and future possibilities. 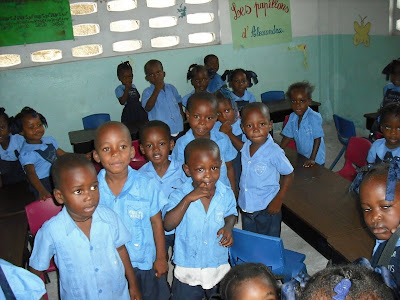 The school provides a basic hot meal each day, which for most of the pupils, is their only meal of the day. It is prepared in a very humble kitchen. There is also a basic clinic at the school to provide some essential medical attention to the students. Some of the needs of the school are still to be addressed: there is only one toilet left, after the earthquake. It will cost about $20,000 to build a proper block of sanitary facilities, including providing a place for the children to wash. 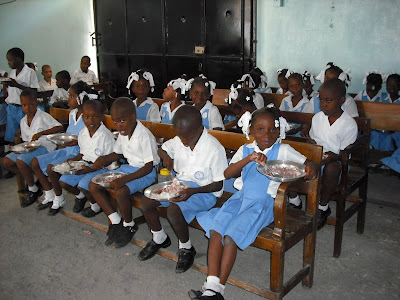 One immediate need after the earthquake was to rebuild the perimeter wall of the school, for security and to provide a proper environment for the children. Just outside the wall are the bustling streets of this poor neighbourhood. 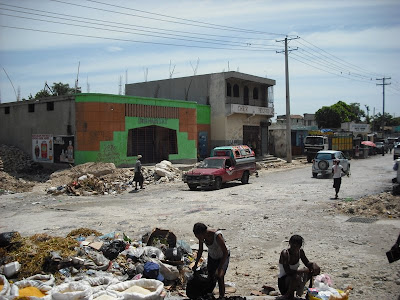 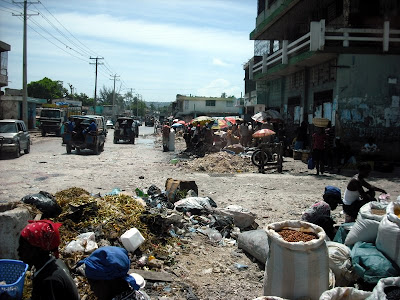 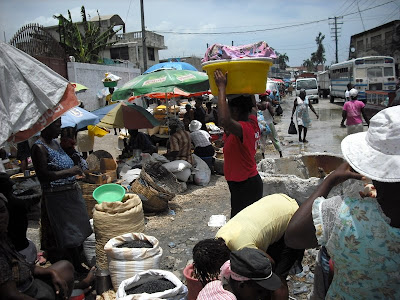 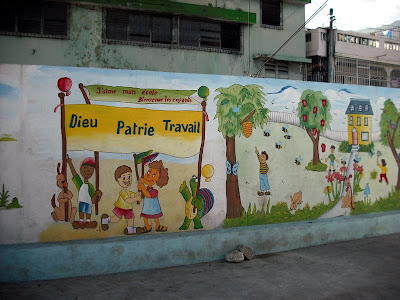 The parish itself is thriving under Père Jean Fils skilled leadership , with two seminarians assisting (one a woman), and another young person wanting to test his vocation to the priesthood. There is a marvellous choir, an enthusiastic team of servers, and an active scout troop. The liturgy is celebrated partly in French and partly in Creole. 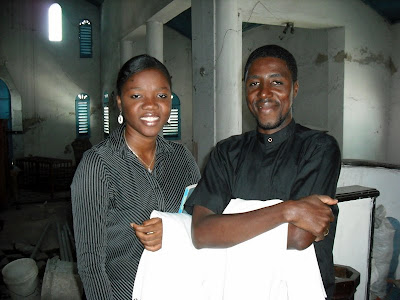 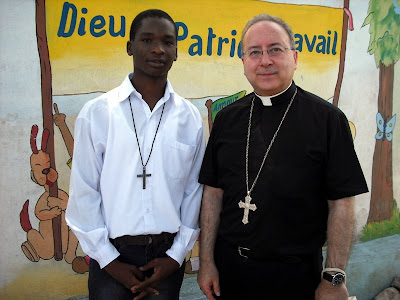 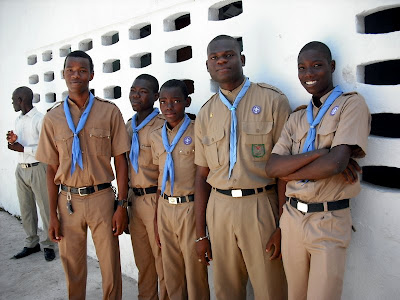 The Diocese in Europe can be assured that its generosity has been well managed and that our gift is in very good and competent hands, helping a heroic community in a deprived part of the Haitian capital.  In addition to this work of assisting this project of the Haitian diocese, following the earthquake, the Diocese in Europe also raised further funds, about £15,000, which was sent for immediate emergency relief in Haiti, via our partner agency Christian Aid. 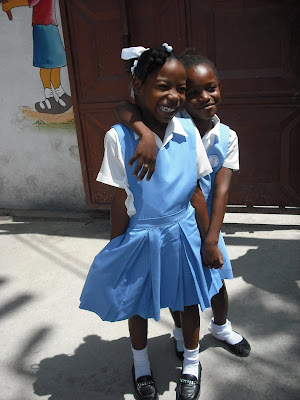 The Diocese of Haiti the largest and fastest-growing of the US-based Episcopal Church. It was founded in 1861. Its first bishop, James Holly, was one of the first black bishops in the Anglican Communion. Many of the 254 schools, the university, vocational colleges, a hospital and numerous clinics were destroyed in the earthquake, as was the Cathedral of the Holy Trinity in Port-au-Prince.


Posted by David Hamid at 04:00
Email ThisBlogThis!Share to TwitterShare to FacebookShare to Pinterest