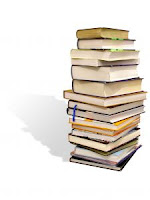 Here is November's book selection. The reviews are written by Dr Martin Davie, the Theological Secretary to the Bishops of the Church of England. They will be of interest to all who wish to keep up with current theology, including the clergy and Readers (lay ministers) of the Diocese in Europe. 7 reviews are below. Just click on the read more link.
Roger Bootle, The Trouble with Markets: Saving Capitalism from Itself, Nicholas Brealey Publishing, ISBN 978-1-85788-537-8, £18.00.

The credit crisis of 2008 continues to shape the economic and political landscape in Britain and around the world. This means that anyone who wants to understand or comment on political and economic affairs needs to understand the nature and causes of the credit crisis and the new book on the subject by the respected economist Roger Bootle provides what the Financial Times has called ‘an excellent potted explanation for the general reader.’ Bootle argues that what took place last year raises questions about the size and fragility of the financial sector of the economy, about a financial culture addicted to excessive risk taking and about the failure of the market to adequately regulate levels of remuneration in the banking industry. He also makes a number of practical suggestions about the actions that need to be taken around the globe in order to bring about a return to full employment and economic stability. Recommended reading for Christians wanting to make an informed contribution to the current political and economic debate.

Peter Dixon is a former Royal Air Force pilot who leads Concordis International, a conflict resolution charity. He has managed a wide range of strategic peace-building interventions, predominantly in Sudan. His new book for IVP, which is commended by Sir Richard Dannatt, looks at a range of key questions relating to Christian involvement in peacemaking such as when is a war a just war, how can outsiders best intervene in conflict, how should we understand relational peace building and reconciliation and how can Christians most effectively engage in conflict resolution? He offers a moral framework for addressing these questions based on confidence in God’s sovereignty in spite of the uncertainty of the world and emphasises that we do not need ‘to take responsibility for righting all the wrongs of the world like Superman. It is enough for us to do what we can, when we can, where we can. He also illustrates his argument with accounts of real life situations in places of conflict such as Afghanistan and Southern Sudan. A helpful introduction to the issues surrounding Christian involvement in international peace making.

The American theologian Scott Hahn begins his study of the theology of Benedict XVI by declaring ‘Never before in the history of the Catholic Church has a world class biblical theologian been elevated to the papacy’ and he then goes on to claim that ‘The pontificate of pope Benedict XVI, to a degree perhaps not seen since the medieval papacy of Gregory the Great, has borne the stamp of a distinctive biblical theology. There is an intensely biblical quality to his pastoral teaching, and he has demonstrated a keen concern for the authentic interpretation of sacred Scripture.’ In his study as a whole he explores the nature of Pope Benedict’s biblical theology, considering in turn the foundations of the Pope’s view of the Bible, his critique of historical and literary approaches to the Bible, his belief in a ‘hermeneutic of faith’ rooted in the liturgy and the life of the Church, the key aspects of the biblical theology he develops on this basis and the implications for theology and exegesis of the Pope’s approach. This is an important study for anyone who wants to understand Pope Benedict’s theology better or who simply wants to think more deeply about the study and interpretation of the Bible.

The World Evangelical Alliance, and the Micah Network, a collection of over 300 Evangelical relief, development and justice agencies have come together establish the Micah Challenge to hold governments to account for their commitment to implement the Millenium Development Goals. This new book, which has been commended by both Gordon Brown and David Cameron, sets out the theological underpinnings for this challenge. Drawing on the work of Evangelical thinkers and activists such as Tony Campolo, René Padilla and Ronald Sider it reflects on the words of Micah 6:8 ‘He has showed you, O man, what is good. And what does the Lord require of you? To act justly and to love mercy and to walk humbly with your God,’ asking what these words mean in the context of the Bible as a whole, exploring their theological, ethical and practical dimensions and considering what it means for Christians to live them out today words by acting redemptively both as individuals and as Christian communities. An important contribution to the Church’s response to the Millennium Development Goals.

Thomas Traherne was a seventeenth century Anglican poet and theologian and he is probably best known for his reflections on ethics and religion entitled Centuries of Meditation. The recent discovery of previously unknown material by Traherne the Lambeth manuscripts, has shed fresh light on his thought and this new study by Dr Denise Inge, the author of a number of books on Traherne, makes use of this material to undertake a re-evaluation of his theology. Traherne is commonly viewed as taking an optimistic view of human experience, but Inge argues that his theology encompasses an understanding of both blissful rejoicing and profound darkness and suggests that his main theological concern was to trace the way in which the dynamic between desire and satisfaction determines the shape of the relationship between God and human beings. A helpful study for anyone wanting to understand Traherne or to widen their knowledge of 17th century Anglicanism.

In its Decree on Ecumenism, Unitatis Redintegratio, the Second Vatican Council declared the restoration of unity among all Christians to be one of its chief concerns. In the years since the Council one of the key figures who has attempted to put this concern into effect has been Cardinal Walter Kasper, the current President of The Pontifical Council for Promoting Christian Unity. In his new book Cardinal Kasper summarises the results of the dialogues between the Roman Catholic Church and the Lutheran, Reformed, Anglican and Methodist traditions, focussing on the major topics of Jesus Christ, the Holy Trinity, Justification, the Church and the Sacraments of Baptism and the Eucharist. On the basis of what has been achieved in these dialogues the Cardinal puts forward a blueprint for ‘consensus and convergence’ that he thinks provides a way forward for ecumenism. An important text for anyone who wants to know more about the development of ecumenism over the past forty years or current Vatican thinking about ecumenical matters.

In religion as in politics, industry and culture, the United States of America has had a decisive impact on the rest of the world over the last two hundred years. Indeed it would not be going too far to say that world Christianity today is in large measure what it is because of the impact that American Christianity has had on it. This raises the question of how this impact of American Christianity on the rest of the world has come about and it this question that the American Evangelical historian Mark Noll seeks to answer in his new book. His argument is that from the end of the eighteenth century onwards American Christians have developed a model of Christianity that is voluntarist, entrepreneurial, pragmatic and focussed on the Bible and individual conscience as its sources of authority rather than tradition or church history. It is the influence of this model rather than the direct influence of American churches that has shaped Christianity worldwide. In Noll’s words ‘the American model rather than American manipulation is key. Without denying the importance of American churches, money, military might, educational institutions and missionaries for the Christian world as it is now constituted. I am suggesting that how Americans have come to practice the Christian faith is just as important as what Americans have done.’ A rigorous and insightful book that complements previous studies of world Christianity by Philip Jenkins and others, it will be of interest to anyone seeking to understand the development of the Christian world we inhabit today.
Posted by David Hamid at 15:14
Email ThisBlogThis!Share to TwitterShare to FacebookShare to Pinterest