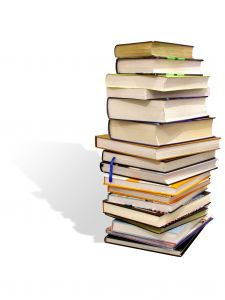 Here is December's book selection. The reviews are written by Dr Martin Davie, the Theological Secretary to the Bishops of the Church of England. They will be of interest to all who wish to keep up with current theology, including the clergy and Readers (lay ministers) of the Diocese in Europe. 9 reviews are below. Just click on the read more link.

Michael Green, Lies, Lies. Lies!, IVP, ISBN 978-1-84474-391-9, £7.99.
The premise of this new book by Michael Green, the veteran New Testament scholar and apologist, is that the public is now inundated with untruths about Jesus. Some of these lies come from the media and some come from specific attacks on Jesus by individual writers or special interest groups. In a clear, robust, but still scholarly fashion, Green addresses these lies, looking at fundamental issues such as whether Jesus really lived, whether he really died and rose again, whether we can rely on what the New Testament tells us about him and whether Mary Magdalene was his lover and the father of his children. This is a very useful short primer in the basic reasons why Christians can have confidence in the New Testament witness and why it is still rational to believe that Jesus is the Son of God who became incarnate for our salvation.

Scott Hahn, Kinship by Covenant: A Canonical Approach to the Fulfillment of God’s Saving Promises, Yale UP. ISBN 978-0300140972, £27.50
Professor Scott Hahn is an American Roman Catholic Scholar who has written extensively in the fields of both biblical studies and Christian apologetics. In this new study he argues that although the Scriptures are a diverse collection of books produced over many centuries it is possible to read them as a coherent whole by focussing on the overarching theme of covenant. According to Hahn what we find in Scripture is a divine plan to develop a kinship relationship of fatherhood and sonship between God and his chosen people, a plan which is worked out through a series of covenants linked together in a pattern of promise and fulfilment. This book will be of interest to anyone who wants to think further about the overall biblical message and the place of the biblical covenants within it.

Alister McGrath, Heresy: a history of defending the truth, SPCK, ISBN 978-0-28106-215-7, £12.99
From the earliest days of the Church, people have put forward a variety of alternatives to the orthodox catholic faith and these alternatives have been labelled as ‘heresy.’ In the past couple of centuries, however, it has come to be argued that the distinction between orthodoxy and heresy is an artificial one with ‘orthodoxy’ merely being the viewpoint of the majority in the Church or that sanctioned by the state. In his new book Alister McGrath responds to this idea by looking at the history of heresy in the life of the Church and arguing that in order to be faithful to the message of Jesus himself we have to maintain a distinction between those teachings that are faithful to this message (orthodoxy) and those which are not (heresy). This is a useful study for anyone wanting to know why the Church has historically rejected some teachings as heretical and why the categories of orthodoxy and heresy are still necessary today.

Francesca Aran Murphy & Chris Asprey (eds), Ecumenism Today: The Universal Church in the 21st Century, Ashgate, ISBN 978-0-75465-961-7, £55.00
The twentieth century has been called the ‘ecumenical century’ because of the huge ecumenical developments that took place during it. The challenge that we now face in the twenty first century is how to build on those developments, and this is the issue that is addressed in this new book of essays edited by two scholars from the University of Aberdeen. The essays in this collection are by a group of distinguished authors from a variety of Christian denominations, including John Webster, Peter Donald and David Bentley Hart. They seek to explore whether Christian unity is achievable, to analyze the real obstacles that stand in its way and to propose solutions to these obstacles where this is possible. The emphasis in the collection is on the actual state of ecumenical dialogue today and, although the volume is expensive, as the Theological Book Review declares it is ‘worth looking at for those who wish to keep a finger on the pulse of ecumenical debate.’

Norman C Nevin (ed), Should Christians embrace evolution?, IVP, ISBN 978-1-8447-4406-0, £9.99.
This year marks the two hundredth anniversary of Charles Darwin’s birth and during this year there have been a large number of Christian voices suggesting that Darwin’s theory of evolution and the Christian faith are not incompatible and that Christians should accept some form of ‘theistic evolution.’ However, there remain Christians who are perfectly well qualified in both science and theology and who remain unconvinced by the arguments for theistic evolution and for the theory of evolution in general. This new volume of essays from IVP, edited by Professor Norman Nevin, Professor of Medical Genetics at Queen’s University, Belfast, explains why they see things this way. The essayists argue that theistic evolution has serious theological consequences for the gospel and that it an un-necessary idea because there is no good scientific reason for accepting evolution in the first place. Even for people who feel convinced by the arguments for theistic evolution this is a volume which is worth reading in order to encounter a sophisticated exposition of the alternative viewpoint and to understand why the argument about evolution within the Church is not yet over.

David Roberts, The Twilight Gospel, Monarch, ISBN 978-1-85424-976-0, £7.99.
Given that the key audience for Stephanie Meyer’s ‘Twilight’ series of books is teenage girls it is probably unlikely that many others will be personally acquainted with the books in question. However, this series and the films based upon it have become the next big phenomenon after the Harry Potter series with the fans of the books and the films running into the millions and a whole range of other books about vampires being produced in their wake. It is therefore important that Christians should think about the positive and negative aspects of this phenomenon and this new book by the American Evangelical author Dave Roberts will help them to do this. Examining the novels from a biblical perspective, he argues that there are important positive moral and spiritual lessons that can be learned from them, but that there is also an unhelpful promotion of vampire mythology and an excessive emphasis on the importance of physical beauty. This is useful material for anyone who wants to think critically about the Twilight phenomenon or wants to help other (especially teenagers) to do so.

Elzabeth Theokritoff, Living in God’s Creation: Orthodox perspectives on ecology, Saint Vladimir’s Seminary Press, 978-0-88141-338-0, £14.99.
The work of the ‘green Patriarch,’ Patriarch Bartholomew, has highlighted the contemporary concern with ecological issues among Orthodox Christians, but it is important to understand that this concern is not simply a recent phenomenon, but one that has deep roots in the Orthodox tradition. This is a key point that is highlighted n this new book from Elizabeth Theokritoff, an Orthodox scholar who has taught at Cambridge and at the Ecumenical Institute at Bossey. Drawing on the Fathers, the liturgy and the lives of the Saints as well as on modern commentators and practical examples from lived experience, she explains the Orthodox belief that the created order is an epiphany of God and that human beings are called to be a connecting link uniting the creation with its Creator. She also explains how in Orthodox thinking this vocation is to be lived out in the way that we manifest our love for God, other people and the non human creation by the right use of material things. This is a book that will be accessible to both theologians and non-theologians alike and will help them not only to understand the Orthodox approach, but also to think about their own understanding and use of the created order.

Angela Shier-Jones, Pioneer Ministry and Fresh Expressions of Church, SPCK, ISBN 978-0-28106-113-6, £12.99.
Angela Shier-Jones is a Methodist minister who is currently Director of Studies as Wesley College, Bristol. She is a member of the ‘Fresh Ways’ team that supports the development of fresh expressions of Church within British Methodism. Building on her experience in this area, her new book is intended as a practical guide that will help pioneer ministers (both lay and ordained) and mission-minded congregations to initiate and support fresh expressions of Church. The book draws on both Scripture and contemporary case studies and illustrates both best practice and potential pitfalls in seeking to turn a God-given vision for mission in a particular area into reality. This is a useful guide for anyone seeking to foster or support pioneer ministry and fresh expressions of Church.

Graham Ward. The Politics of Discipleship: Becoming Post-material citizens, SCM, ISBN 978-0-33404-350-8, £25.00.
Graham Ward is the Professor of Contextual Theology and Ethics at the University of Manchester. He has long been concerned with the issue of how Christians should relate to postmodernity and his new book, the fourth in the ‘Church and Postmodern Culture’ series he looks at the issue of how they should engage with the political nature of the postmodern world. The book is in two sections. The first section is entitled ‘The World.’ In this section Ward looks at what he calls the ‘signs of the times’ and the political nature of contemporary postmodernism. The second section is entitled ‘The Church.’ In this section Ward considers the practical application of the analysis in the previous section, offering suggestions as to what faithful discipleship should look like in the postmodern political context. Stanley Hauerwas describes The Politics of Discipleship as ‘an extraordinary book’ and declares that: ‘Ward does nothing less than help us see how “world” and “church” implicate each other by providing an insightful and learned account of the transformation of democracy, the perversities of globalization, and the ambiguities of secularization. Perhaps even more significant is his theological proposal for the difference the church can make in the world so described.’ This is an important book for all who are interested in politics, the Church and the interface between the two.
Posted by David Hamid at 00:10
Email ThisBlogThis!Share to TwitterShare to FacebookShare to Pinterest