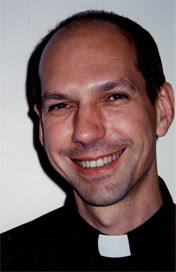 I learned today that Pope Benedict XVI has appointed an old friend of mine, and a long-standing friend of the Anglican Communion and of our diocese in Europe, to be the Bishop of Saskatoon, Canada. Monsignor Donald Bolen was on the staff of the Pontifical Council for Promoting Christian Unity (PCPCU) from 2001 to 2008, with responsibility for Anglican-Roman Catholic Dialogue. Fr Don and I worked closely as co-secretaries of our official dialogue and collaborated on many other ecumenical occasions. He was present at my consecration as bishop in 2002.

Cardinal Walter Kasper, president of the PCPCU greeted the news of Fr Don's appointment with “great joy and profound thankfulness” noting that Bolen’s strong faith in Christ, together with his vision and energy will equip him to lead his new flock in the diocese of Saskatoon.

For his service to relations between the Roman Catholic Church and the Anglican Communion, the Archbishop of Canterbury awarded Fr Don the Cross of St Augustine in November 2008.

The clergy and people of All Saints Anglican Church in Rome know Fr Don well as he was a frequent visitor, and many members of our diocesan synod will have met him when the synod convened in Rome a few years back. We send Fr Don our warmest congratulations and prayers.
Posted by David Hamid at 23:17
Email ThisBlogThis!Share to TwitterShare to FacebookShare to Pinterest