Get ready for the Week of Prayer for Christian Unity 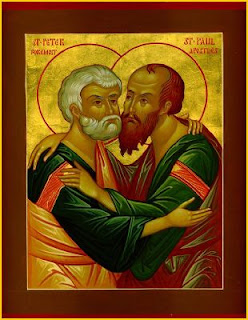 In only a couple of weeks we will mark the Week of Prayer for Christian Unity, which will be held from 18th to 25 January 2010 (between the feasts of the Confession of St Peter and the Conversion of St Paul). Christians around the world will focus during that week on a theme based on Christ's final words before his Ascension, "You are witnesses of these things".

The 2010 theme was chosen by Scottish Churches who are also preparing to celebrate the centenary of the 1910 World Mission Conference on the theme "Witnessing to Christ today". The Edinburgh Conference of 1910 is regarded by historians as the beginning of the modern ecumenical movement. This year's theme which underlines the link between the missionary activity of the Church and the quest for Christian unity is vitally important. By our baptism we are already one Body and we are called to live in communion with each other. In fact God makes us brothers and sisters, in Christ. This is the fundamental witness that we are called to in our missionary activity.

A brochure with liturgical texts and background information based on the work of the Scottish ecumenical preparatory group has been jointly prepared and published by the (Roman Catholic) Pontifical Council for Christian Unity and the Commission on Faith and Order of the World Council of Churches. It is available for download here.  (Resources are also available in French, German, Spanish and Portuguese).

As our diocese has a particular ecumenical vocation, I hope that many of our churches will be able to join in local activities during the week of prayer.
Posted by David Hamid at 16:55
Email ThisBlogThis!Share to TwitterShare to FacebookShare to Pinterest