Final Version of Anglican Communion Covenant is sent to the Churches 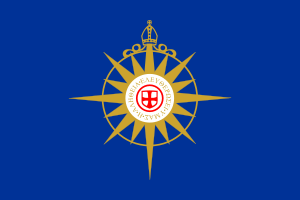 The Covenant proposes a way for Anglican Churches to strengthen their relationship within our Communion. It sets out a principled and agreed method to deal with any inter-Anglican conflict. It is intended to build on that fundamental Anglican value of mutual accountability among Churches which seek to live a common life within the communion of the One, Holy, Catholic and Apostolic Church.

As the Anglican Communion has developed in recent years there has not been a parallel development of a framework to address together a response to problems which arise in relationships between the member Churches. The Covenant puts forward such a framework, faithful to Anglican ecclesiology, within which a response to tensions can be discerned and articulated. At present, as no such mechanism exists, it has led to serious threats to the unity and integrity of the Communion.

The draft gives considerable prominence to the Standing Committee of the Anglican Communion which can make recommendations concerning the relational consequences resulting from actions by individual member Churches. It can make requests to Churches to defer certain actions, for instance. However, it will still be up to each member Church to decide how to be guided by any specific recommendations which may come from the Standing Committee of the Anglican Communion, thereby respecting the treasured autonomy of the Provinces.

In his cover letter to the Primates and Provincial Secretaries of the member Churches, the Secretary General of the Anglican Communion, the Revd Canon Kenneth Kearon, an assessment of the progress for adoption of the Covenant at the Anglican Consultative Council meeting in 2012.

Our Church of England Diocese in Europe is often described as “the Anglican Communion in miniature”, due to the diversity of our jurisdiction which spans 44 countries and whose congregations bring together Anglicans from every background and continent. It is up to the General Synod of the Church of England, I believe, to decide how we will discuss and agree the latest draft of the Covenant, but Anglicans in our diocese may want to begin familiarising themselves with it now.

The recently agreed text of the Covenant is to be found here. The Archbishop of Canterbury has prepared a 4 minute YouTube message to introduce to us the purpose of the Covenant and the process from here on. The video can be seen here.
Posted by David Hamid at 10:09
Email ThisBlogThis!Share to TwitterShare to FacebookShare to Pinterest