With Archbishop Rowan in Copenhagen 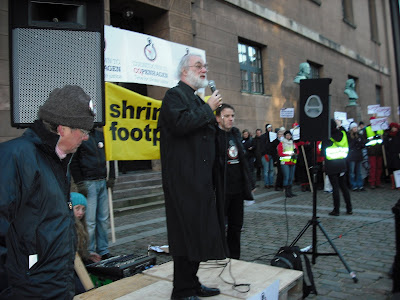 After an already busy day which included addressing Christians gathered for a march to the Bella Centre where the UN negotiations are being held, extensive discussions with the Danish Bishops on the role of the Church in our societies, and many press interviews, the Archbishop gave an moving address at the Trinitas Church in central Copenhagen at an evening prayer service attended by students, Church leaders, academics, activists and even some politicians. He spoke of the covenant which God has established, not just with the human race, but with life itself, drawing on the story of Noah. The Archbishop then invited a dialogue with members of the congregation who asked some quite profound questions. In responding the Archbishop spoke of his own faith, his belief in miracles (and perhaps one is needed at COP 15), but also his belief that whether or not a miracle happens, we are called to be faithful. He drew attention to the remarkable fact that on the issue of climate justice people of all faiths are united, because all people are potentially affected. So this is a major area for interfaith collaboration. But one of the more searching questions drew out the connection between the Church's option for the poor, and the option for the earth. "These are one", said the Archbishop. "The poorest of the earth suffer most from environmental degradation, therefore it is not two questions but one". 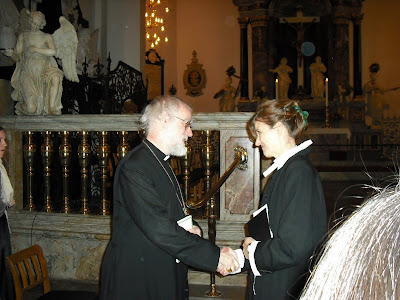 Posted by David Hamid at 23:19
Email ThisBlogThis!Share to TwitterShare to FacebookShare to Pinterest