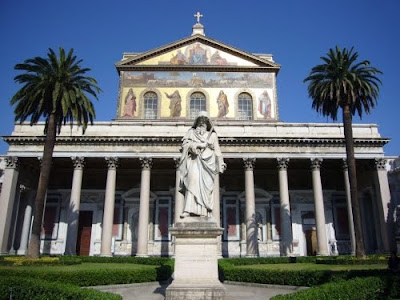 Pope Benedict XVI has issued a call to all Christians to give a common witness starting immediately, even though full unity has not yet been achieved. He made this appeal during his homily at Vespers in the Roman Basilica of St Paul Outside the Walls (above), on the feast of the Conversion of St Paul, 25th January, a service which traditionally concludes the annual Week of Prayer for Christian Unity. The Pope recalled that this year is the 100th anniversary of the Edinburgh Missionary Conference, which marked the beginning of the modern ecumenical movement. That historic gathering in 1910 stressed that Christians cannot proclaim the Gospel credibly if they are divided.

The Pope urged Churches to take steps that lead to full communion; questions still separate us, but the Holy Father expressed the hope that these can be overcome by prayer and dialogue. He affirmed he importance of the "central content of Christ's message that we can all proclaim together". That message is "the fatherhood of God, the victory of Christ over sin and death with his cross and resurrection, and confidence in the Spirit's transforming action".

The Pope listed some common challenges on which Christians can give a common witness:
The Pope's words will have much resonance in the Diocese in Europe which has a strong ecumenical vocation and commitment. In scores of places across the diocese our clergy and people joined with other Christians to mark the Week of Prayer for Christian Unity, such as in St Bartholomew's, Dinard, France (pictured below). 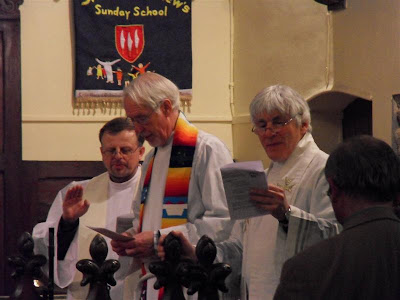 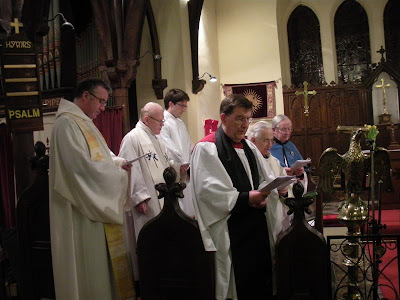 Posted by David Hamid at 00:13
Email ThisBlogThis!Share to TwitterShare to FacebookShare to Pinterest